The second piece below is from the San Diego Reader and its take on the passage of AB 2943. You can see my Senate Floor speech by CLICKING HERE. I also have done several podcasts on this bill and they are linked below.

Does sexual orientation change go only one way? 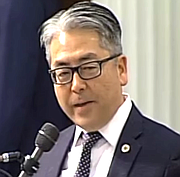 Assemblyman Al Muratsuchi: “the faith community, like anyone else, needs to evolve with the times.”

Proponents of the bill say change to a person’s sexual orientation is impossible and services that claim otherwise are fraudulent.

Opponents say change is possible and argue the ban violates LGBT rights (the right to seek a wanted change.)

Costa Mesa State Senator John Moorlach called it “the bill of the year,” generating more emails and calls to his office than any other this year. 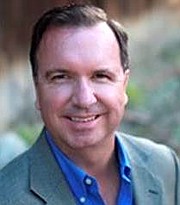 Attorney Dean Broyles of Encinitas says the Supreme Court has already rejected the “professional speech” exception to free speech the bill relies on.

San Francisco State Senator Scott Wiener co-authored the bill and introduced it to the Senate for debate on Thursday. He said, “Conversion therapy is nothing short of psychological torture.”

The bill would ban “efforts to change behaviors or gender expressions, or to eliminate or reduce sexual or romantic attractions or feelings toward individuals of the same sex.”

It does not specify whether efforts to change attractions to the opposite sex would be banned.

The proposed ban is now limited to “advertising, offering for sale, or selling services constituting sexual orientation change efforts to an individual.”

The California Assembly’s earlier version of the bill included “goods” along with “services.” There was an outcry against banning the sale of books (which might include the Bible). The California Senate removed “goods” from the bill before approving it.

People concerned the bill is an attack on religion pointed to Torrance Assemblyman Al Muratsuchi’s statement in support of the bill that “the faith community, like anyone else, needs to evolve with the times.”

Statements like that and the potential ban on the Bible provoked California churches to speak out. Legislators pushing the bill made some changes.

The Senate replaced the Assembly wording “engages in” with “offering for sale.” Senate commentary explains, “AB 2943 only applies in cases where a consumer transaction takes place.”

Before the vote Anderson said the bill is being presented under the “ruse of protecting people. If they are questioning to be straight somehow that is wrong and evil, but if they question to be gay that’s good and acceptable. You can’t have it both ways.

San Diego senators Toni Atkins and Ben Hueso voted in favor. Atkins posted on Facebook, “What we need is compassion and acceptance, not a deceptive and fraudulent practice.”

Constitutional attorney Dean Broyles of Encinitas predicts the bill will follow other laws that have been struck down by the U.S. Supreme Court, including the California law that required pro-life pregnancy centers to inform clients of abortion options. He says the Supreme Court has already rejected the “professional speech” exception to free speech the bill relies on.

It doesn’t appear the American Civil Liberties Union has taken a position on the bill. The organization’s Rhode Island chapter came out in opposition to bans on conversion therapy because of potential “unintended consequences.”

The bill has returned to the Assembly for a vote on the Senate’s version. Votes on the bill have largely fallen along party lines. However, in April Republican Assemblyman Brian Maienschein voted in favor.