I’m back from a Senate Judiciary Committee Hearing that was held this morning at the Capitol. Although I am the Committee Vice Chair, the agenda was established by the Chair without my consultation. We did offer to invite Ben Shapiro, the host of the top conservative podcast in the nation, to serve on a panel (see http://www.dailywire.com/authors/ben-shapiro#). The Chair refused to accept the addition to her format.

Ben Shapiro received more notoriety recently, at the same time I was enjoying the conclusion of the Legislative Session, for giving a speech at the University of California at Berkeley. The Police Chief of Berkeley was a presenter on the final panel this morning.

The Chair did offer to allow Ben Shapiro to speak for two minutes during the Public Comments segment at the conclusion of the hearing. Accordingly, he sat politely during the three hours of presentations and was the first public speaker.

The first piece below is our announcement that Ben Shapiro was invited and would attend and appears in the Orange County Breeze. The second piece, from the LA Times online, provides a clue as to why Ben Shapiro was in Sacramento. And, the third and final piece from Independent Journal Review provides the details of this morning’s event and his two minute presentation.

For a brief interview with Ben Shapiro immediately after his brief presentation, see ​http://www.sacbee.com/news/politics-government/capitol-alert/article176846456.html?#emlnl=Alerts_Newsletter​.

Tomorrow, I will participate in a Senate Judiciary Committee hearing called by Senate Pro Tem Kevin De Leon and chaired by Senator Hannah-Beth Jackson in our State’s Capitol. The hearing is titled, “Combatting Hate While Protecting the Constitution.”

As Vice Chair, I invited noted political commentator and free speech advocate Ben Shapiro to testify before the committee in an effort to provide a conservative viewpoint.

As a student of U.S. history and the Constitution, I am aware of the many debates on the most sensitive of issues our country has faced since even before its inception. I am hopeful our political discourse can open up communication between those of differing ideologies so we can enjoy our freedoms outlined in the Constitution.

CLICK HERE TO SEE THE FULL AGENDA FOR THE HEARING

This article was released by the Office of Senator John Moorlach. 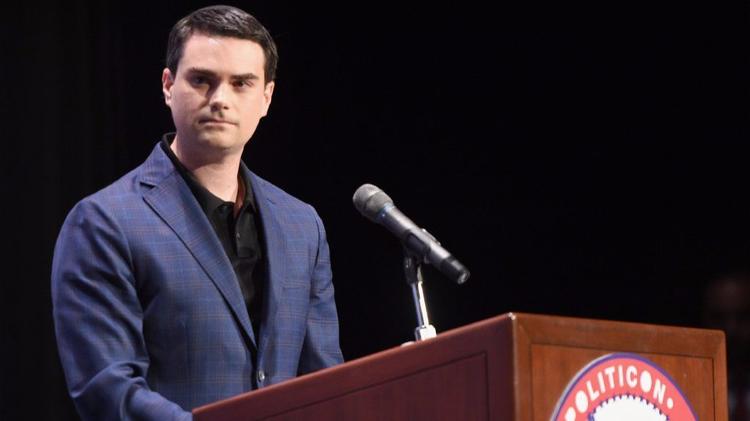 Yona Barash, a Republican surgeon seeking his first elected office, is getting his congressional campaign rolling with a conservative commentator who has stoked controversy in California.

Barash invited Ben Shapiro to his Tuesday evening fundraiser as he tries to build a war chest to unseat Sacramento-area Rep. Ami Bera, a Democrat from Elk Grove. General admission tickets are $150, while attending the VIP reception costs $1,000.

Shapiro runs a website called the Daily Wire and previously worked at Breitbart News, although he’s since become an outspoken critic of Stephen K. Bannon and President Trump. He was a frequent target of anti-Semitic harassment during last year’s campaign.

Shapiro also has provoked a backlash with his criticisms of the Black Lives Matter movement and discussion of gender identity. Hundreds of police, some in riot gear, provided security while he spoke on UC Berkeley’s campus last month.

The fundraiser is not Shapiro’s only event in Sacramento on Tuesday. He also was invited by state Sen. John Moorlach (R-Costa Mesa) to a Capitol hearing on 1st Amendment issues titled “Combating Hate While Protecting the Constitution.” Shapiro is expected to speak during the public comment period of the hearing.

The California state Senate Judiciary Committee held a meeting on “hate speech” on Tuesday and, according to The Daily Wire, not one conservative speaker was asked to officially testify before the committee.

That’s an odd move considering that far-left antifa and its allies have violently rioted to shut down conservative speech in the “birthplace of the free speech movement,” the University of California, Berkeley, becoming the impetus for the hearing in the first place.

One of two Republicans on the committee, John Moorlach, invited Ben Shapiro of The Daily Wire to show up to see if he could a word in edgewise.

Shapiro said he’d tried to be on a guest panel, but “the Democrats wouldn’t allow that sort of thing because that might be too much free speech,” so he basically crashed the hearing.

Shapiro was given two minutes to speak and said in part that the Legislature really had no role in selecting what kind of speech is appropriate and which speech is not:

“And this does bring up one final point … and that is the problem with a legislative body such as yours trying to draw lines specifically about what hate speech constitutes, because the fact is that one of the reasons groups like Antifa show up is not because they know who I am, it’s because they’ve been told by people that I am promulgating hate speech, which is utterly false and utterly untrue.

There are people who say vile things and with whom I disagree, among them people like Milo Yiannopoulos, who sent me a picture of a black baby on the day of my child’s birth, because I wasn’t sufficiently standing up for the white population, supposedly.

But that does not mean that the legislature gets to decide what hate speech is. I have been labeled a promulgator of hate speech when I was the number one target of hate speech, according to the ADL, among the journalistic community in 2016.”

We think those two minutes packed a punch. Watch it below.