We were able to conclude Session at 2:30 this morning, two-and-one-half hours after the Joint Rules deadline. The process of running bills between both chambers was not flowing well, as petty politicking between the two chambers wasted a lot of time unnecessarily.

As a result, there was a little too much dead time and the midnight deadline came and went, without Senate leadership requesting a rule waiver before the Cinderella moment. It made for some commotion, since the rules are clear that the first year of the Session ends on the 15th, not the 16th. This slip up provided a little drama in the middle of the night. The Republican Caucus even adjusted the paper calendars to reflect that it was the 16th.

After an hour in conversations with the Legislative Counsel lawyers, the Senate leadership claimed that the “customs and practices” of the body took precedence over the actual rules. So we agreed to press on. But, there will be that lingering anxiety hanging over the uncertainty concerning the legitimacy of those bills that were passed after the deadline. All of these components limited our time, leaving many bills languishing and having to wait until January.

The Sacramento Bee provides its take of the final flurry of bills in the first piece below. It reflects the views of the majority party in a favorable light, and refers to me in contrast, with my vote for SB 384 (The Sacramento Bee mixed up two bills, as SB 421 was gutted and amended into SB 384 after being held up in the Assembly Appropriations Committee).

The subject of SB 384 is something that I wanted to pursue while up here in Sacramento. This morning I shared on the Senate Floor that someone who was caught urinating in public should not need to carry a scarlet letter for the rest of their life.

The second piece below, in Church Militant, touches on Senate Resolution 68, which I introduced this week. SR 68 commemorates the 500th anniversary of the Reformation (see https://leginfo.legislature.ca.gov/faces/billTextClient.xhtml?bill_id=201720180SR68). I kept my opening statement brief (see https://www.youtube.com/watch?v=6ndPkFrjYlE&feature=youtu.be). I anticipated a healthy debate on the Floor, but none of my colleagues engaged and it received only one vote of opposition.

Reformation Day (see https://en.wikipedia.org/wiki/Reformation_Day) is next month. Before my youngest brother took a call to serve at a church in Tennessee, he would host a Reformation Sunday evening service at the Crystal Cathedral every year at the end of October. For this annual tradition, this year is a really big deal. And you know that I observe significant milestones.

If you’re in the mood to commemorate the Quincentenary (Quin·cen·ten·a·ry) of the Reformation, I have a recommendation. Concordia University Irvine is recognizing this anniversary through a series of events called Reformation 500.

On Wednesday, November 1, Concordia’s choirs, handbells and orchestras join with musicians from area churches and schools in a 500-member music ensemble to lead festive hymns, choruses, and sacred music around the themes of Scripture Alone, Grace Alone, Faith Alone and Christ Alone. This “Evening of Word & Song” will be held at the Renee and Henry Segerstrom Concert Hall in Costa Mesa at 7:00 p.m..

See, the California Senate can work on contrasting issues, from ecumenical recognition to exercising grace for those on the registry for sexual offenders. Next week I’ll try to provide my recap and continue the annual tradition of providing a list of the 20 bills that Governor Brown should veto.

In this legislative session, plenty got done that will affect your life

BY THE EDITORIAL BOARD

In many years, the Legislature’s approval of a $4 billion housing bond and a $75 tax on homeowners who refinance to help solve California’s housing crisis would be a signature achievement.

In other years, approval of a $5.2 billion a year tax on gasoline to repair and maintain California’s rutted freeways would be a big deal. The gas tax hadn’t been touched in decades.

Add to that the extension of a cap-and-trade program, which will generate north of $2 billion a year through 2030, and bills to require transparency from the pharmaceutical industry, and protect law-abiding undocumented immigrants from federal overreach and deportation, and you have the remarkable 2017 legislative session.

But legislators, led by Speaker Anthony Rendon and Senate President Pro Tem Kevin de León, who is in the final year before he is termed out of the Legislature, did some thoughtful work on bills that will affect Californians’ lives. Congress ought to take note, not that it will.

In some instances, legislators cast votes that placed their political futures at risk, to their credit. Sen. Josh Newman, a Democrat who won a Fullerton-area seat that had been held by Republicans, faces a Republican-fueled recall, purportedly for his vote in favor of the gasoline tax.

Assemblyman Chad Mayes, R-Yucca Valley, incurred the wrath of Republican Party bosses and lost his position as Assembly GOP leader after voting for the measure to extend the cap-and-trade program. All voters should want all legislators to vote their consciences, regardless of political consequences.

Republicans Baker and Maienschein broke from their caucus to vote for Senate Bill 63 which would extend job protection for new parents who work for employers with as few as 20 employees. Sen. Hannah-Beth Jackson, D-Santa Barbara, one of the most liberal legislators, carried SB 63.

The California Chamber of Commerce calls Jackson’s bill a job killer and is urging Gov. Jerry Brown to veto it. We hope he signs it. New parents ought to be able to spend 12 weeks, at least, bonding with their child without worrying they will be fired.

There was bipartisan support for several lesser noticed but significant measures. Take, for example, Senate Bill 421 by Sen. Scott Wiener, D-San Francisco. Wiener, one of the most liberal members of the Legislature, carried legislation endorsed by the Los Angeles District Attorney’s Office to whittle down the registry of sex offenders, which numbers an unwieldy 100,000 names.

The bill would create a tiered system for sex offenders, and result in some lower risk offenders being removed from the registry. Sens. Joel Anderson of San Diego County, John Moorlach of Orange County and Andy Vidak of Visalia, three of the most conservative Republicans, crossed party lines to vote for it.

Sen. Ben Allen, D-Santa Monica, brokered a deal that won near unanimous support to allow off-road aficionados to continue to pursue their hobby in California. If only Congress could work out such compromises.

In Washington and in many states controlled by Republicans, organized labor is under assault. Not here. In California, labor led the fight for the drug transparency measure, SB 17 by Sen. Ed Hernandez, D-Azusa. In too many other instances, however, labor fought for bills that were in their organizations’ narrow self-interest. Democrats, many of whom owe their seats to labor, went along. There was a notable exception.

Legislators have their work cut out between now and the Legislature’s return in January. Sen. Bob Hertzberg, D-Los Angeles, and Assemblyman Rob Bonta, D-Oakland, will be studying an overhaul of the bail system.

Brown, who will be a lame duck for the last time next year, hopes to join with neighboring states in a Western regional electricity grid. But whatever legislators produce in 2018, it probably won’t match what they accomplished in 2017. 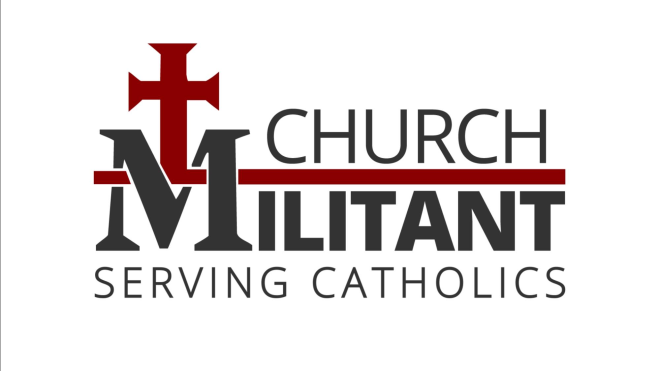